“Mark is a man who really lives his craft. One of the most attractive features about Mark is that he knows how to keep the music subtle, but still support the drama. Mark does that so beautifully.”

Mark Isham is an electronic music innovator, jazz artist and prolific film composer.  He traverses the musical landscape with unique performances and imaginative scores. As a musician, his trumpet sound is described as cool, avant-garde, sexy, haunting – even achingly beautiful. He has performed worldwide, and collaborated with celebrated artists in multiple genres. Mark Isham’s ability to create unforgettable melodies combined with his willingness to experiment with innovative musical palettes have earned him accolades including: Grammy and Emmy awards, and Oscar and Golden Globe nominations.

Isham’s inimitable musical voice is evident in his memorable scores for award-winning features including the Oscar-winning Crash and A River Runs Through It, along with Golden Globe winning Bobby, and The Black Dahlia. For The Black Dahlia, Isham was awarded “Best Score” by the International Film Music Critics Association.

Originally from New York City, Mark Isham was exposed to all types of music through his parents who were musicians. The young Isham studied piano and violin, but the trumpet captured his imagination and became his signature instrument.  The Ishams moved from NYC to San Francisco, and by the age 15 Mark Isham was playing in jazz clubs, simultaneously performing with Oakland and San Francisco symphonies. He ultimately formed his own band Group 87.

An accidental series of events...

It was an accidental series of events that brought Isham into the world of film music.  Already an established performer and recording artist, he began to experiment with electronic music. In 1983, Isham released his solo debut album Vapor Drawings. He circulated a demo intended for ECM Records, but fortuitously caught the attention of film director Carroll Ballard.  Ballard was searching for a new sound for a project and was impressed by Isham’s unique music and hired him to compose the score for Disney’s critically acclaimed film Never Cry Wolf.

While developing as a film composer, Mark Isham continued to prosper and gain notoriety for his work in electronic and new age. He won a Grammy for his Virgin Records release, Mark Isham and Grammy nominations for his albums Castalia and Tibet.  Although honored in the electronic and new age genres, Isham is perhaps most celebrated for his contributions to jazz. He has collaborated and performed with jazz legends including Chick Corea, Herbie Hancock and Bobby McFerrin. Mark Isham’s jazz releases have received critical-acclaim:  Blue Sun was included in Downbeat’s “Top 100 Jazz Albums of the Decade;” and The London Times named Miles Remembered: The Silent Way Project “Best Jazz Album.″

The sought-after composer continues to demonstrate his diverse musical voice in over one-hundred film and TV scores including Eight Below, The Cooler, Blade, Nell, The Secret Life of Bees, in addition to A River Runs Through It and Men of Honor both resulting in Grammy nominations. Other credits include Warrior, Dolphin Tale, Point Break and the Jackie Robinson biopic 42. Isham’s suite from the film 42 was premiered by the New York Philharmonic during the MLB Sandy Relief Concert in Central Park and played at Dodger stadium on “Jackie Robinson Day.” Currently, in addition to scoring his sixth season of ABC’s hit series Once Upon a Time, he also scores Oscar-winner John Ridley’s ABC’s drama American Crime. Directors constantly return to Isham on new projects.  The composer reunites with director Gavin O’Connor for the upcoming film The Accountant starring Ben Affleck and Anna Kendrick and with director Scott Hicks’ on the upcoming feature Fallen. Isham is also working with first time director, animation veteran Christopher Jenkins (The Lion King, Aladdin) on the upcoming animated film Duck Duck Goose. 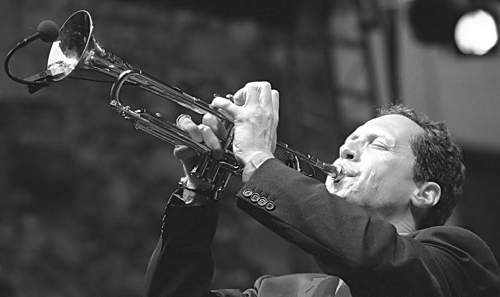 Mark Isham’s collective contributions to the film music community was recognized by his peers when he was awarded the highest honor for a composer by The American Society of Composers, Authors, and Publishers (ASCAP), the prestigious Henry Mancini Career Achievement Award for musical excellence. He continues to display a boundless ability to electrify listeners with his talent for crafting evocative new musical works in varying genres and mediums.

What directors say about Mark...

“Mark is a man who really lives his craft.  One of the most attractive features about Mark is that he knows how to keep the music subtle, but still support the drama. Mark does that so beautifully.” Robert Redford, who worked with Isham on four features (Quiz Show, A River Runs Through It, Lions for Lambs and The Conspirator)

“To hear the music was something I didn’t have the capacity for, it just made the show. Mark Isham created music that is extraordinary. There comes a moment when you have got to do it (music) in a way that it takes us to a place that we haven’t been– and Mark’s that guy.”

Mark’s score absolutely stands on its own and as a piece of music that plays as a symphony.” Brian Helgeland, Oscar winning director and writer of 42 stated, “

“Mark is a man who really lives his craft. One of the most attractive features about Mark is that he knows how to keep the music subtle, but still support the drama. Mark does that so beautifully.”